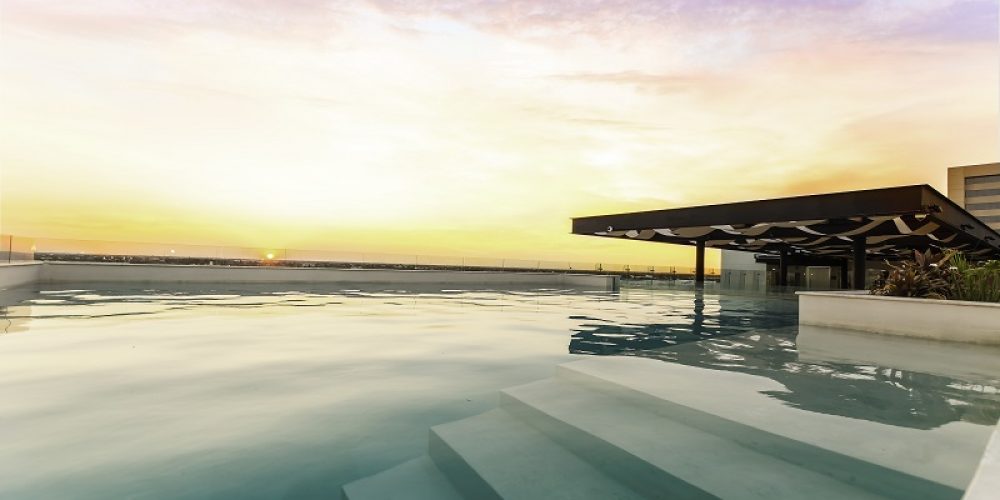 NH Hotel Group is a Spanish multinational company, based in Madrid that has more than four decades of experience, which has allowed it to become a benchmark for hospitality in Europe and Latin America.

This hotel chain has more than 350 hotels in 28 countries, having a presence in the capitals of each one.
This was born in 1978, when the hotel in the City of Pamplona opened its doors. Four years later, the hotel chain leaves the Navarra region and NH Calderón Barcelona is incorporated, starting its expansion in the national territory, which during the 80’s was strengthened and became one of the first hotel chains in Spain.

During the decade of the 90’s NH Hotels began to develop its commitment to culture with the currently known “Mario Vargas Llosa NH Prize for Stories”, which aims to support writers and encourage reading and literary creation. Some time after the departure of the Benedetti Group and the merger of the former COFIR with NH Hotels, the company launches all the initiatives related to the specialization of the quality of services and the continuous development of its employees.

In 1998, NH Stock Art was launched, which dealt with travelling exhibitions in the common areas of hotels, with the main objective of supporting young painters and with the aim of spreading culture.

At the end of the 90’s the company embarks on a journey towards its internationalization through Europe and Latin America.
Over the years this hotel chain became the most important company in the sector in Spain and one of the twenty five largest chains worldwide. This is because the company seeks to make NH choose by the consumer, providing experiences that exceed their expectations and make them feel special.

Since the completion of the investment operation in the NH Hotel group in October 2018, Minor Hotels has successfully implemented a key integration, including the transfer of the operation of Minor Hotels’ hotels in Portugal and Brazil to NH, to benefit from its knowledge and reach in the region.

An alienation has also taken place in the Minor Hotels and NH brands, in order to the teams can better capitalize on brand expansion and new opportunities, while coordinating management relationships with business partners, travel agencies and suppliers from both groups.

It currently offers different product and service options to consumers, through the different brands that belong to the company, with the aim that customers have options and that according to their tastes and needs choose the one that best suits them.

In Mexico, the following are offered:

If what you are looking for is to stay in one of the hotels of the best category, NH Collection is the one, since it is within the premium segment, located in the main capitals of Europe and America. This category has unique buildings.

They are urban hotels with the best location in the main cities of America and Europe, it is the best alternative for your business trips, its quality is proportional to the price.

“One day, when someone plans a trip or a meeting in a city, for business or leisure, they will always ask themselves: Is there an NH at my destination?”

View all posts by Conexstur Staff →